Welcome to the HEART DISEASE RESOURCE CENTER discussing…ATHEROSCLEROSIS OR HARDENING OF THE ARTERIES, ITS CAUSE, HOW TO REVERSE IT, HOW TO MEASURE THE PROGRESS

If You Have the Book Quantitative Medicine, See…

Chapter 6: “Cholesterol” which type are dangerous, which are not.

Chapter 18: “The Vascular System,” an overview.

Chapter 18: “The Amazing Role of HDL.” Here is is explained how “good” cholesterol directly reverses atherosclerosis.

Chapter 21: The cause of atherosclerosis and its cure

Part I of an in depth discussion of Atherosclerosis or Hardening of the Arteries.Why atherosclerosis progresses and what reverses it.

Part 2 of an in depth discussion of Atherosclerosis or Hardening of the Arteries. How to halt and reverse the disease with lifestyle changes. How to measure the progress..

Cholesterol and its relation to heart disease. When it is dangerous and when it is not. How to determine and change your cholesterol profile.

HDL can reverse both heart disease and cancer. Learn how this ‘wonder drug’ works, and how to maximize this. 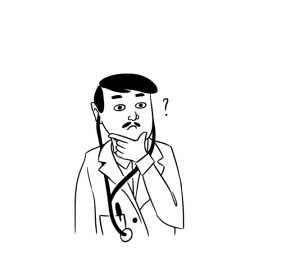 A new study completely turns the tables, Asserting that high LDL cholesterol Is protective, and that the lipid hypothesis Is bunk.

Lowering LDL (“bad”) cholesterol is turning out to have been a very bad idea.

The strange politics of dietary cholesterol. Known for decades to be, it is just now becoming part of government dietary policy.

Does saturated fat cause heart disease. No. In fact, in most cases, it will help prevent it. The reason saturated fat has been the dietary bad guy for decades are partly political, partly misinterpreted science..

Is Red Meat Harmful? Nor At All.

Red meat became another dietary bad guy, based on completely

STATINS AND OTHER CHOLESTEROL LOWERING DRUGS

Statins do both harm and good, in approximately equal amounts. The good is probably not due to lowering of cholesterol, but lowering inflammation.

A very undesirable side effect

Statins increase the risk of adult onset diabetes by 50%

Nuts, Aspirin, Statins – Which Is Best

All three reduce heart disease risk by around 35%, but only nuts to not increase risk elsewhere. Read all about the amazing benefits of nuts (And inform your doctor.)

Statins Benefit No One

No group benefits from statin use except the drug industry. Heart attacks are reduced, but other causes of death are equally increased. There is no improvement in all cause mortality for even the higher risk groups.

The importance of lowering cholesterol seems to be fading. The drug industry is now trying to define cholesterol as a disease in of itself.Do you have a touch of cholesterol? Quick, a statin.

Does Low Cholesterol Cause Alzheimer’s?

It may or may may not cause it, but it is certainly associated with it.Two decades of cholesterol lowering drugs may have exacerbated the epidemic.

Ezetimibe, a Bad Drug, is Promoted as a Breakthrough

Eztimibe, which lowers cholesterol in a different way, has been a disaster. Now, by slicing and dicing, the drug industry has found a narrow group that benefits, but of course, will attempt to have the drug widely prescribed.

Evolocumab – do we really want to reduce cholesterol?

Despite abundant evidence that lowering cholesterol is a bad idea, the drug industry has cooked up another ‘blockbuster’.

Lipoprotein(a) also known as Lp(a), is a special form of LDL particle and causes an elevated risk of atherosclerosis. An excellent resource is the Lipoprotein Foundation, Link here.